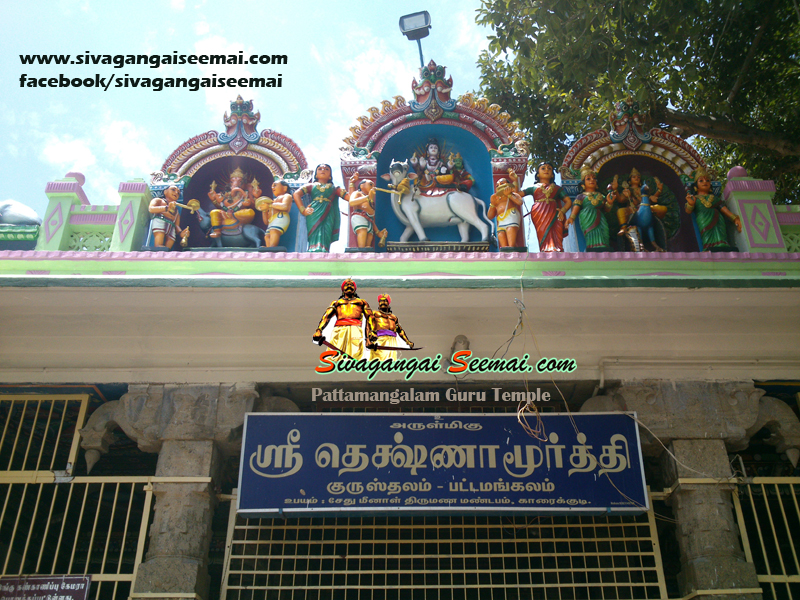 Famous Pattamangalam Guru Temple is one of the famed temples near Sivagangai District in the state of Tamilnadu, India. God Dhakshinamoorthy (Guru) is a main God, Lord siva and Samayakaruppar temples also located in the environment with green trees. Pattamangalam temple actually located from sivagangai to kallal road on the way to Karaikudi. From Sivagangai to Thiruppathur road when you have reached Mathagupatty village, then take right turn you can get the kallal road. After you have travelled 10 kms in the road, there is a left turn go to the pattamangalam temple. The intimation board has positioned on the main road [Mathagupatti to Kallal] for devotees and tourists fecility. 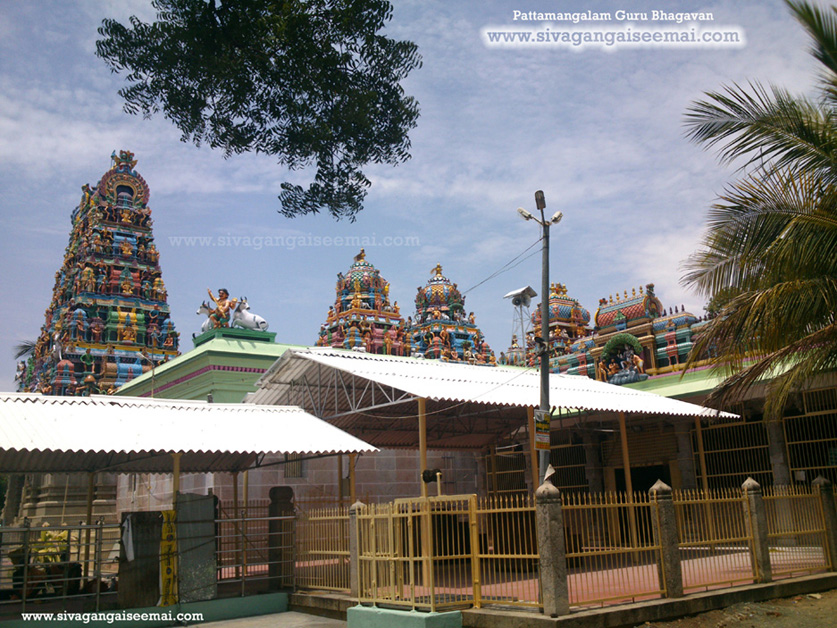 You are vieweing Pattamangalam guru temple front view which was taken my me few months back after renovating. A Lord Siva temple is also there in the backside. 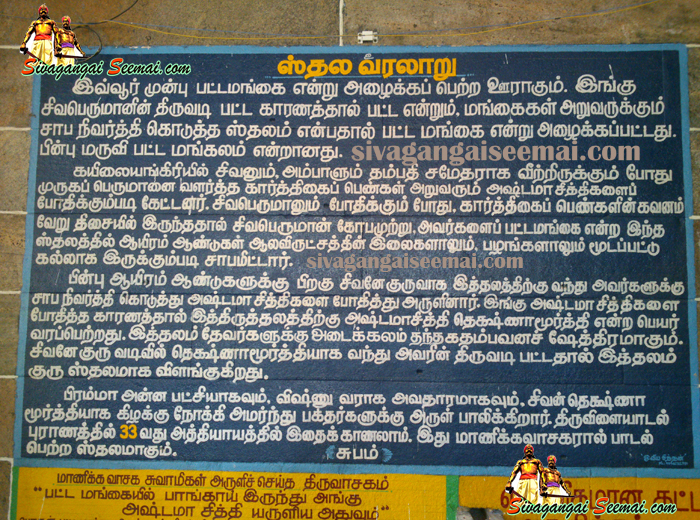