Sivagangai Railway Station and Train services are much developed and the New Broad Gauge Railway Track between Karaikudi to Manamadurai via Sivagangai was opened on 2008 and running successful path. Karaikudi – Sivagangai - Manamadurai broad gauge section was opened for passenger traffic from Wednesday, July 2. 2008.

Everyone surprising on Sivagangai railway services today and it has much developed with broad gauge route and connected with all the major cities around India. Sivagangai train timings along with train name and departure arrival schedule with train code. sivaganga railway station phone number and updated enquiry number. 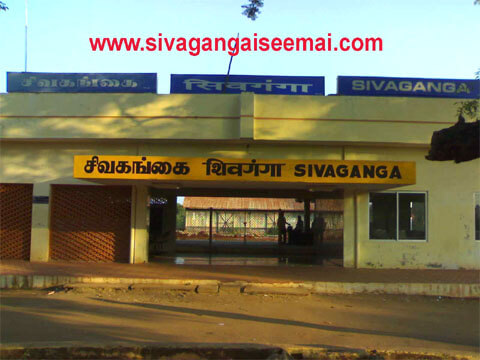 Manamadurai to Trichy passenger train via Sivagangai, Karaikudi is very useful to the people on now days. Karaikudi Alagappa University employees, Arts College students, Engineering college students and other workers nearly 300 people has been travelling for many years from this route. The same train returned from Trichy – Karaikudi – Sivagangai – Manamadurai route on every day except Saturday.

This train also called special train because people don’t know when this train will stop. But a press release says when the service has started on 2008 that Union Finance Minister P. Chidambaram will flag off the inaugural special train from Sivagangai to Manamadurai. Hope we believe this train will continuously run. 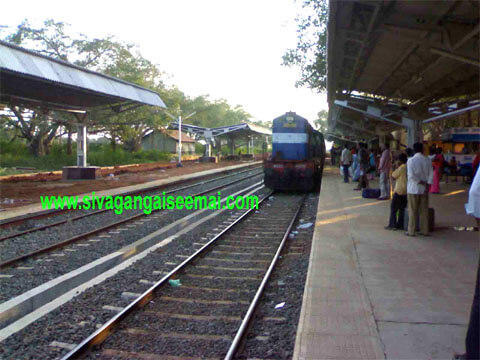 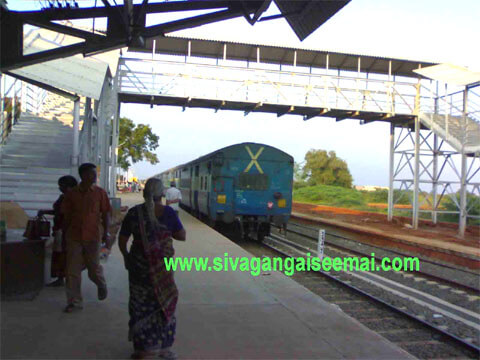 Train Number 6713 Chennai Egmore - Rameswaram Express and 6714 Rameswaram - Chennai Egmore Express running via Dindigul and Madurai, as a result of opening of Karaikudi-Manamadurai section on July 2 have been diverted to run via Pudukottai, Karaikudi and Sivagangai from July 2, 2008. Still the same service is followed by the railway department.

Train services connected over India and regular trains are available to Chennai, Thirupathi, Rameswaram, Kasi [Varanasi], Trichy, Mannargudi, Buvaneswar and some other important places through Chennai Rameswaram express, New Silambu Express and see the below table for complete details.

New Silambu express introduced few months back and the route is Chennai Egmore to Manamadurai via Karaikudi and Sivagangai, starting from Chennai Egmore at 20.20 Hours and will reach Manamadurai on the next day morning at 7.45 Hours. The Journey time is 11 Hrs 25 Minutes and this train only available on Wednesday and Saturday. This is a new train for go to Chennai from Sivagangai from 2013. In 2013 railway budget this train was announced by the central government. This is a return schedule, Manamadurai to Chennai Egmore starting from Manamadurai at 20.15 Hours and reaching Chennai Egmore station on next day morning at 6.30 Hrs, on return the Journey time is 11 Hours 20 Minutes, this train only available on Thursday and Sunday only. This train passing and halting through important towns like Sivagangai, Karaikudi, Pudukottai, Trichirappalli, Ariyalur, Viruthachalam, Vilupuram, Chengalpattu, and Tambaram. The distance between Trichirappalli to Chennai Egmore this train pulling by Electric service and reached maximum 120km speed.